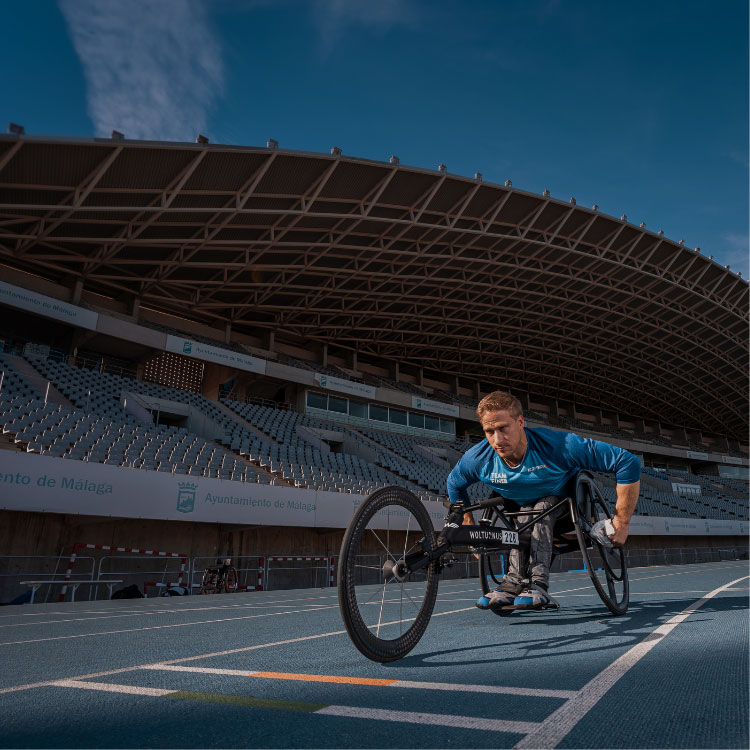 A little over a year ago, we followed three Finnish top athletes as they prepared for the Tokyo Olympic Games, which were due to take place in summer 2020. There was no sign of the pandemic or the Games getting postponed, and many plans had to be reconsidered since then. We felt that the athletes’ stories deserved to be republished now that the Olympics are drawing near once more. 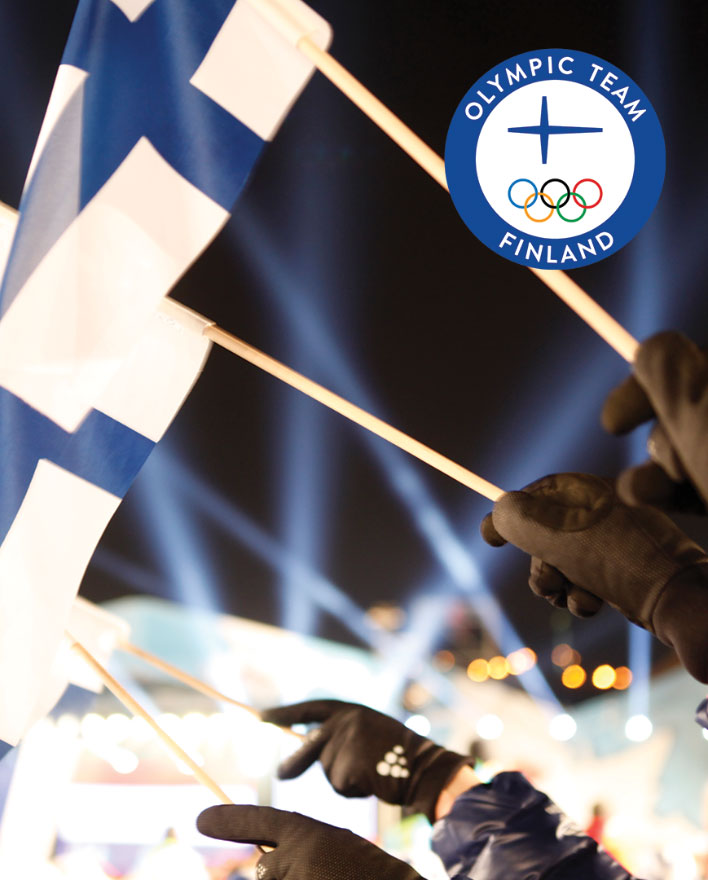 The Finnish Olympic Committee endeavours to promote sport and an active lifestyle from grassroots to international elite sport. The organisation envisions a future, where Finland is an internationally successful sports country in which more and more people engage in physical activity. Being active together and having fun is at the centre of the Finnish Olympic Committee’s values. This is a message Icepeak can get behind 100 percent.

Icepeak has signed cooperation contracts with the Finnish Olympic Committee and Paralympic Committee. This cooperation began in 2018 in ‎PyeongChang and will span all the way through the 2020 Tokyo summer Olympics until the 2022 winter Olympics in Beijing. Icepeak is the partner and official clothing supplier for the Finnish Olympic and Paralympic teams, supplying outfits for the opening ceremony, representation tasks as well as leisure time. 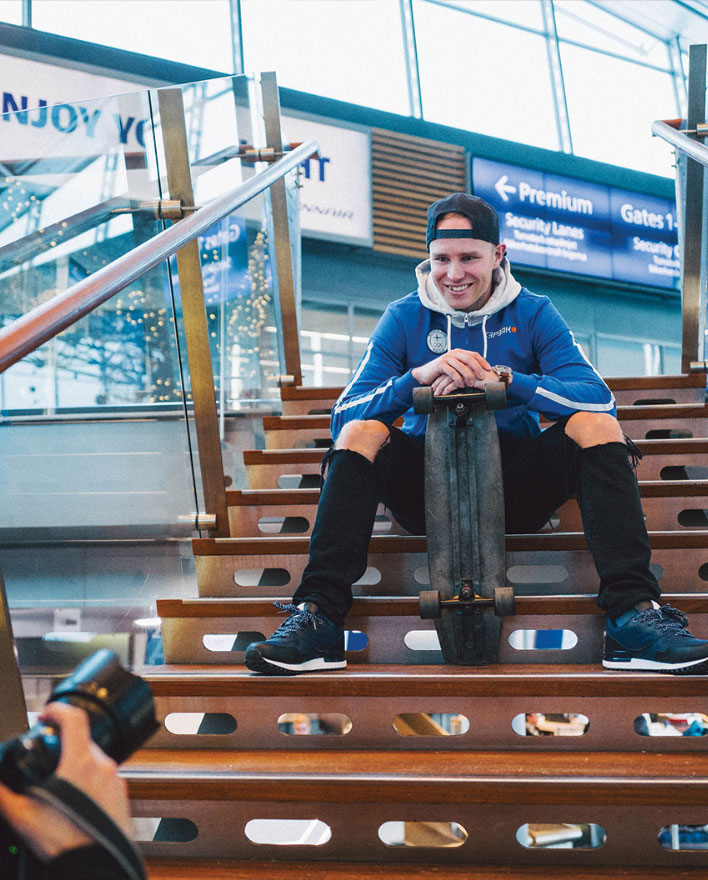 Our tour guide on the road to Tokyo and the summer Olympics was the successful speedskater Mika Poutala, who has represented Finland four times in the Olympic Games. Mika, who is known for his positive and happy disposition, got to know three Finnish top athletes, watched how they prepared for Tokyo and got them to share their thoughts on the Olympics and sports in general. 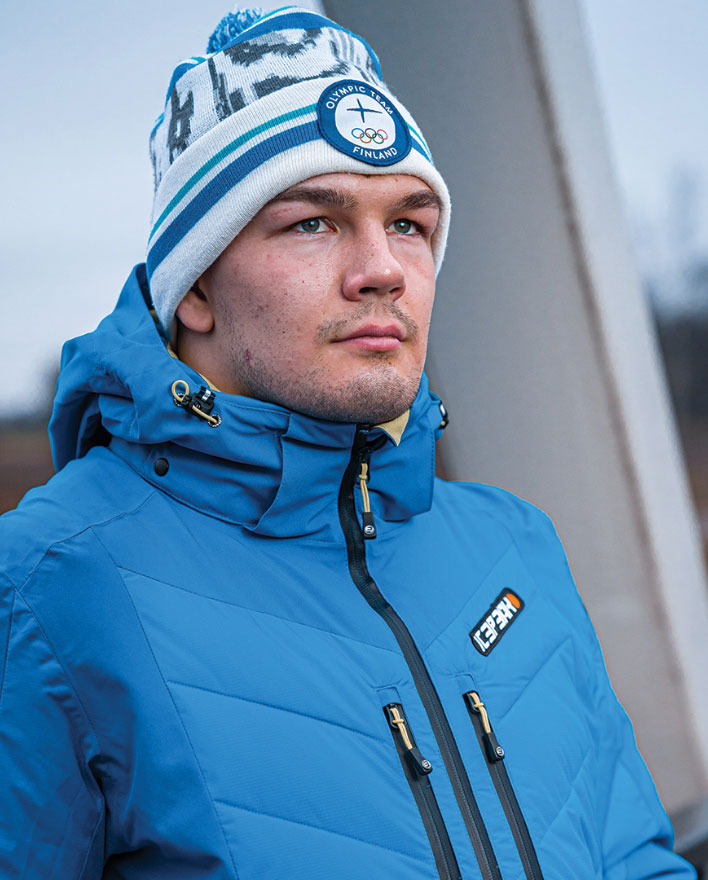 Arvi Savolainen: “The Olympics bring the world together through sports”

Arvi Savolainen, 21, who is originally from Lahti, the home of Luhta Sportswear Company, is hailed as the next big name in Greco-Roman wrestling. He has already achieved practically everything there is to achieve in junior age categories. Arvi has World Championship gold medals in the 97 kg weight class both in the under 20 and in the under 23 age categories. In Finland, Arvi has wrestled his way to adult champion in the 97 kg weight class in 2019 and in the 130 kg weight class in 2020.

In spring 2020, the young wrestler had his sights set on Tokyo and the most prestigious sport competition in the world.

During the 2020 season, he kept up with his training and in March 2021, he earned a national quota place for Finland in the 97 kg weight class. It hasn’t yet been decided who gets to take that spot on the team. 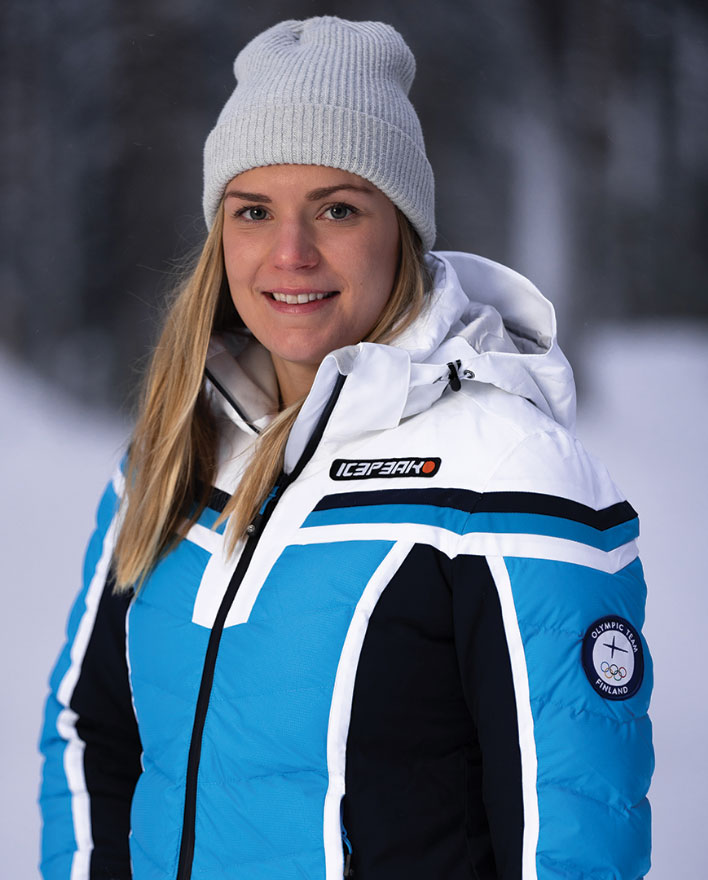 Jenna Laukkanen: “The Olympics are a big deal for me, of course”

Swimmer Jenna Laukkanen from Sotkamo is Finland’s number one in breaststroke: in short course competitions, she holds Finnish records in the 100 and 200 metre distances. Jenna has also succeeded on a European level, which is proven by several European Championship medals, the brightest of which are the gold medals from 2015 in the 50 and 100 metre distances. Jenna already has experience in Olympic competition from Rio in 2016, where she swam Finnish record times, even though she didn’t bring home any medals that time.

In spring 2020, an intensive training programme aimed for the summer Olympics in Tokyo, but Jenna knew that time spent in the pool has to be balanced with rest and relaxation.

During the 2020 season, Jenna competed both individually and in the group events of the International Swimming League, and her goal for spring 2021 remains to meet the Olympic qualifying time. 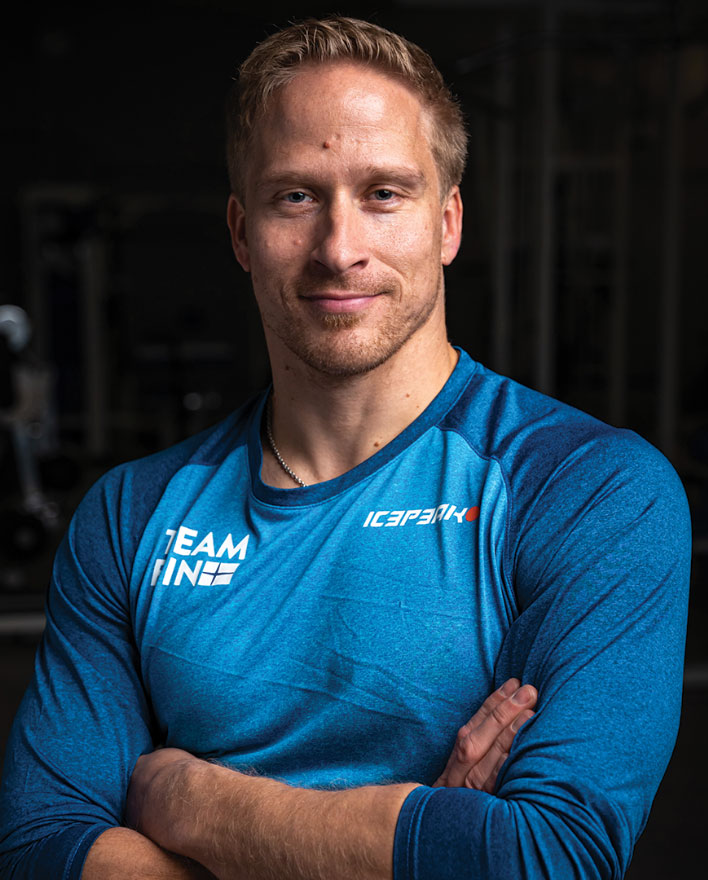 Leo-Pekka Tähti: “Without sport, my life would probably have been very different”

Leo-Pekka Tähti’s list of achievements is impressive: eight European Championship gold medals, four World Championship gold medals and an incredible five Paralympics gold medals; he has been unbeatable in the Paralympics 100 metre distance since the 2004 Games in Athens. The wheelchair race record-breaker, born in Pori in 1983, has brought public attention to parasports and has been recognised as Finnish Sports Personality of the Year, Athlete of the Year, Parasport Athlete of the Year as well as Sport Benefactor.

In spring 2020, training for Tokyo was already in full swing and there was no need to worry about qualifying, as a spot on the team had already been confirmed earlier. However, previous success doesn’t guarantee anything, because as Leo-Pekka says, “complacency stops development”.

During the 2020 season, Leo-Pekka earned a number of gold medals from various events in Finland. The wait for Tokyo has been long.